Posted on September 21, 2017 by canadianbooklady 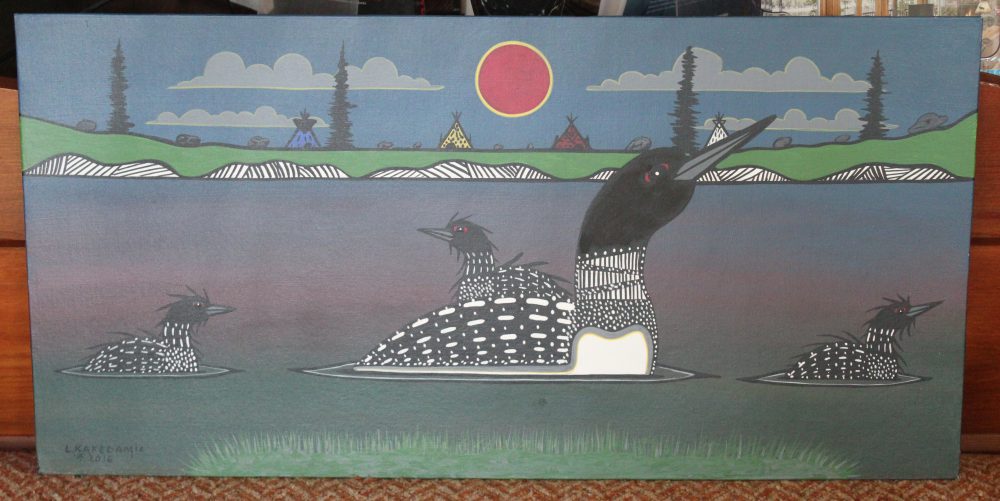 Lionel is an established Northwestern Ontario First Nation Artist. Although he was born in Kenora in 1965, he was adopted by Kenny and Martina Kakegamic of Sandy Lake, into a family full of artists. He grew up on the land, and carries his experience of nature into all of his paintings. Lionel had his first show in Red Lake when he was 24. Since that day he has continued to sell his art throughout North America and Europe.

His paintings, generally acrylic on canvas (he has done some murals, too) retain the feel of the Woodlands tradition while adding a sense of symmetry and edginess. Every one of his paintings evokes a sense of the peace, the solitude, the purity and the strength of the North.

Lionel has returned to his roots and now lives at Wauzhushk Onigum (Rat Portage) First Nation, just on the eastern edge of Kenora. We usually have several of his works on hand for viewing and sale.